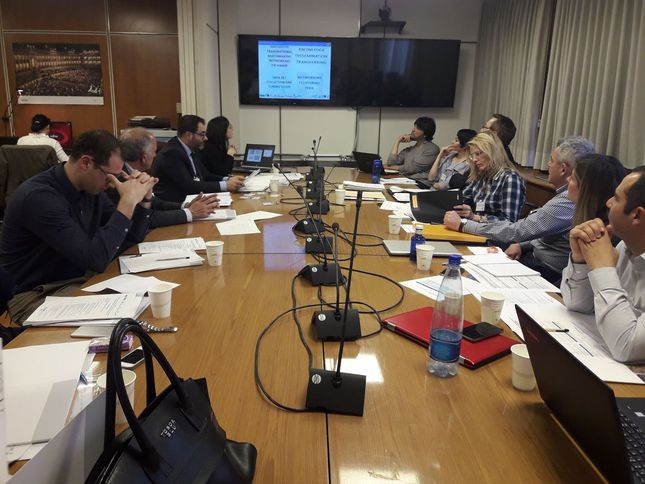 The 4helix+ project, co-financed by the ERDF under the Interreg MED Programme, has been successfully kicked off in Rome on 16 and 17 April 2018.

The 4helix+ project, co-financed by the ERDF under the Interreg MED Programme, has been successfully kicked off in Rome on 16 and 17 April 2018. The ten project partners from Italy, Spain, France, Portugal, Greece, Croatia and Albania extensively discussed the various aspects of the project, in particular the methodology that is at its core, and have defined the operational rules and procedures of the project's work plan.

The MED Programme's JS Project Officer assigned to the project, Ms. Maria Groueva, attended the second day of the meeting and provided useful indications to the partnership consortium regarding some particular requirements set by the Programme.

The 4helix+ Kick Off meeting was held back to back with two MED Programme community meetings: an informal meeting organised by the Horizontal Project that gathers thematically related modular projects, and the MADE IN MED event addressing the entire Interreg MED community of projects.
Both events represented an invaluable opportunity for networking and exchanging views on possibilities of cooperation and cross-fertilisation among the various projects and partners. It was also an occasion to reunite with some 'old friends', i.e. partners from the past MED projects, thus recalling the successful experiences and prospecting possible future cooperation in the community-building spirit that is so strongly fostered by the MED Programme.