Anci Lazio at ”Borgo in Fiore” 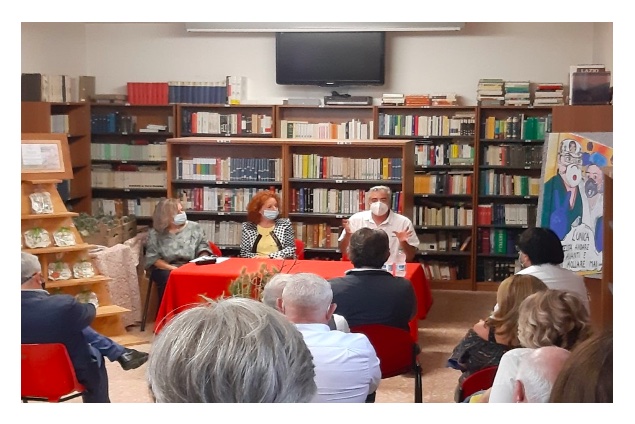 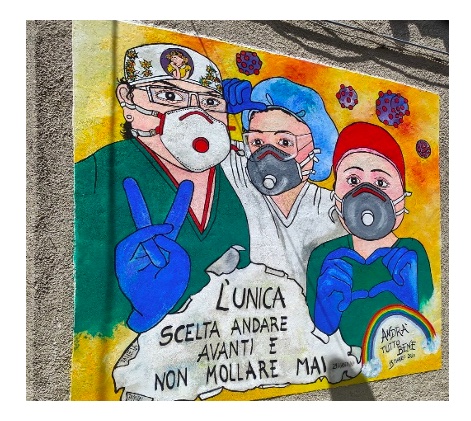 The team of Anci Lazio identified synergies between SusTowns and other projects that are currently developed in the pilot área of Castel di Tora, in the Turano Valley, Lazio región,  as amplifying the research and innovation investments and their impact, combining different forms of innovation and competitiveness support, or carrying innovative ideas to bring them to the territory, involving citizens and stakeholders..

Synergies are thus about obtaining more impacts on competitiveness, jobs and growth in the Turano valley by combining other projects in a strategic and also cohesion-oriented manner. In order to achieve such synergies, Anci lazio paved the way for a strategic approach with a medium to long-term perspective, starting at the stage of involvement of stakeholders ('entrepreneurial discovery process') and attending regional events, such as the Borgo in Fiore event that took place last September 4th, 2021,  involving the public and private sector as well as the local population.:

The combination of funding and financing sources aimed at creating synergies is a challenge that Anci Lazio is encouraging and supporting through the provision of various initiatives.

The "Borgo in fiore" event is an initiative that comes from citizens, in particular from the Cervia cultural association. This is an initiative on a regional scale that manages to unite the 17 small towns of the Turano Valley as all the inhabitants of the entire valley participate in it and compete for a specific prize. The main subject of this year's Borgo in Fiore competition, was the enhancement of symbolic places for the community of villages through original floral compositions.

This year "Borgo in fiore" in its fourth edition has been an opportunity to transfer the SusTown methodology to an occasion in which mayors and inhabitants of the Turano Valley were present.

The event took place in the large hall of the library of the small town of Collalto Sabino and the participation was numerous. Every year more and more people join the competition.

Claudio Bordi presented the SusTowns methodology, briefly illustrating the  Action Plan for the entire Turano Valley that was developed on behalf of the Municipality of Castel di Tora. There is an extraordinary potential for the development of the slow tourism that is very suitable to the territory of the Turano Valley, which includes the 17 municipalities of Turano Valley. In view of the expected “Italian Recovery Fund”, all the ongoing initiatives in favor of the Turano Valley, such as SusTowns are of valid support for obtaining the new structural EU funds. European countries and the National Plan for Relaunch and Resilience (PNRR) which as early as 2022 will be able to initiate a virtuous process for the development of quality tourism in this area.

The President of the Navegna & Cervia Mountains Natural Reserve  took the floor and talked about the Re-Start Project (https://www.ilmessaggero.it/rieti/rieti_turismo_restart_progetto-6146587.html) of which the Natural Reserve of “Monte Navegna & Monte Cervia” is the leader and to which many municipalities in the Rieti area also involved, including Collalto and the two villages of San Lorenzo and Ricetto. This is an important project, funded by the Lazio region, which aims to create a DMO (Destination Management Organization) in the province of Rieti . It is an initiative currently  in strong synergy with SusTowns.

Barbara Barella, Lazio regional manager for the Sharryland platform (https://www.sharry.land/it/homepage) described the main purposes of Sharryland and underlined the importance of involving the local community in territorial promotion initiatives aimed at slow and sustainable tourism, which must be considered an added value as they are authentic connoisseurs of the realities and traditions of the place.

Valerio Berni, a member of the Collalto Proloco Info Point and Sharryland collaborator, as well as author of the Land del Turano page, illustrated the work done fo the web page of the Turano Valley (https: //www.sharry.land/it/destinazioni/borghi-del-turano). Berni's work is of great importance because it has given visibility to Turano territory, to the cultural and sports associations and to the economic activities that make it up on a website promoting sustainable tourism throughout Italy. Also this initiative is in strong and increasing synergy with SusTowns.

Photo: The president of the Cervia association, Ms Anna Maria Di Pietri, awarded a prize to Ms Daniela Paoluzzi, author of a meaningful mural created in Nespolo small town that portrays the symbolic figures of the pandemic people are experiencing  in Turano Valley (see photo above).