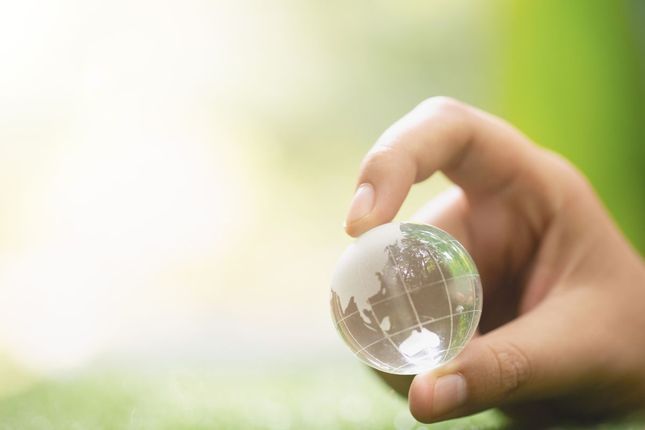 Close up of Green Planet in Your Hands. Save Earth. Environment Concept.

Project SuSTowns not only is on a mission to help make pilot project locations more sustainable and tourist friendly through all the seasons of the year, but also is making effort to promote their destinations and make it accessible on any time of the year. The Holliday season is the perfect opportunity to spend time and support our local wonders.

It is one of great pleasures of people to be able to spend time with the loved ones. Most of the time this also means traveling – for pleasure, to visit family of friends or just for fun. In this article we will find a few sustainable travel destinations for upcoming Holliday’s season, but the list will also come in handful in 2022.

Shala is a historical tribe and region of northern Albania in the valley of the river Shalë, in the Dukagjin highlands. It was first mentioned in 1634, and oral tradition and archaeology confirms that their ancestors immigrated to the valley. At the end of the 19th century the tribe was Catholic and had c. 3,000 members. Today, descendants are widespread in Kosovo.

Velipojë is situated on the estuary of the Buna river (the only navigable river of Albania), where it flows into the Adriatic Sea while constituting the natural border with Montenegro. The administrative unit of Velipojë has a population of around 10,000, spread over several small settlements, the largest of which is the town of Velipojë itself. Since 2005, Velipoje lies within the boundaries of Buna River-Velipoja Protected Landscape.

Cres is an Adriatic Island in Croatia. It is one of the northern islands in the Kvarner Gulf and can be reached via ferry from Rijeka, the island Krk or from the Istrian peninsula (line Brestova-Porozina).

Mali Lošinj is a town in the Primorje-Gorski Kotar County, on the island of Lošinj, in western Croatia. At the time of the 2011 census, there were 8,116 inhabitants, of whom 86% were Croats.

Volvi is a community of the Volvi municipality. Before the 2011 local government reform it was part of the municipality of Rentina, of which it was a municipal district. The 2011 census recorded 1,353 inhabitants in the community. The community of Volvi covers an area of 92.77 km2.

Castel di Tora is a comune (municipality) in the Province of Rieti in the Italian region Lazio, located about 50 kilometres (31 mi) northeast of Rome and about 20 kilometres (12 mi) southeast of Rieti. Castel di Tora borders the following municipalities: Ascrea, Colle di Tora, Pozzaglia Sabina, Rocca Sinibalda, Varco Sabino. It is located on the shores of Lake Turano.

Pescocostanzo is a comune and town in the Province of L'Aquila in the Abruzzo region of Italy. It is a tourist destination, attracting people from all over Italy due to its landscape and environment.[ In winter, Pescocostanzo is a destination for skiers and snowboarders. The towns of Roccaraso and Rivisondoli are close by.

Citta’ Sant’ Angelo is a city and comune in the province of Pescara, Abruzzo, Italy. The origins of Città Sant'Angelo are uncertain and have always been a basis for historical discussion, beginning with the Vestini, an ancient Sabine tribe.

Faro is a municipality, the southernmost city and capital of the district of the same name, in the Algarve region of southern Portugal.

Lagos is a city and municipality at the mouth of Bensafrim River and along the Atlantic Ocean, in the Barlavento region of the Algarve, in southern Portugal.

Cuba is a town and municipality in the District of Beja in Portugal. The name "Cuba" is likely of Arabic origin, pertaining to the qubba, that is "tombs", of ascetic spiritual leaders.

Culatra Island is a barrier island located in the Ria Formosa in the Algarve region of Portugal. It has an approximate population of around 700 people divided across three communities Farol, Hângares and Culatra.

Bohinj or the Bohinj Valley, is a 20 km long and 5 km wide basin in the Julian Alps, in the Upper Carniola region of northwestern Slovenia. It is traversed by the Sava Bohinjka river. Its main feature is the periglacial Lake Bohinj (Slovene: Bohinjsko jezero). Bohinj is part of the Municipality of Bohinj, the seat of which is Bohinjska Bistrica.

Graus is a village in the Spanish province of Huesca, located in the Pyrenees at the confluence of rivers Esera and Isabena. It is the administrative capital of the region. It is one of the areas of Aragon in which is still preserved the Aragonese language.

Griegos is a municipality located in the province of Teruel, Aragon, Spain. According to the 2004 census (INE), the municipality has a population of 137 inhabitants.

Montuïri is municipality in central Majorca, one of the Balearic Islands, Spain. It is a small town built on a hill. Cyclist Gabriel Mas was born here. It is the birthplace of Macià Manera, ex-member of Terra Lliure imprisoned during the late 1980s and early 1990s.